"I am 24 years-old and I come fleeing from Guatemala. The reason why is because gang members in my neighborhood tried forcing me to deliver drugs for them. I refused. Within a few days, I found out that they killed a transgender friend of mine for refusing as well. So I decided to leave my country so that I wouldn't end up the same way. Now I'm in the Florence Detention Center (FDC) and I need your help to get out and meet my goals and dreams to continue studying here in the US."

"According to a November 2013 report from the Center for American Progress, LGBT detainees are 15 times more likely to be sexually assaulted than heterosexual and cisgender detainees."

Detention is a horrible place for most detainees, but it can be an especially hostile place for LGBTQ individuals. Transgender or gender queer people like Estrella often face verbal and sexual harassment from guards and other detainees. Detention centers or prisons for undocumented people are divided by sex, leaving little room for people who identity outside of strict gender and sex binaries. Homophobia is rampant in these environments which creates a physically and emotionally unsafe place for LGBTQ people.

In addition many individuals like Estrella have experienced rejection, prejudice, and violent threats in their home country. When I visited Estrella at the all-male Florence Detention Center, she told me part of her story.

Estrella grew up in a large family in rural Guatemala. Accustomed to traditional gender roles, his family did not react well when he started to experiment with his gender expression and cut ties with him.  Estrella moved to the city to find more economic and social opportunities. Unfortunately, Guatemala City was not a tolerant or accepting place. Powerful cartel members asked her to transport drugs for them. When she refused, they threatened her life.  She fled Guatemala and migrated to the United States in search of safety and acceptance.  After crossing the border, he was apprehended for Border Patrol and sent to detention. Estrella has been in detention since May 2014, seeking asylum.

Even though Estrella has faced unprecedented tribulations he remains positive and actively engaged in his community. He takes great pride in his work as a kitchen aid at the detention center, volunteering to work extra hours. As her name indicates, she truly has a powerful glow that surrounds her. Somehow, she has managed to maintain a sense of humor and generosity throughout this time. When I met with Estrella, we laughed about silly things, as he read my palm and predicted how many children is have. We daydreamed about delicious foods that are not available in detention. We cried about the abuses he has experienced. After talking for about two hours, we ended our experience by both praying for one another.

As I drove home from the detention center, part of me stayed back with Estrella.  I imagined her walking back to her cell, escorted by a guard who probably inspires more fear than security. I imagined her serving food to the very detainees who had abused her earlier that week. I did not want to imagine her spending Christmas alone in a cold cell.  More importantly I did not want to imagine him going back to Guatemala, where his life is endangered.

Please help us raised funds to pay the bond to get Estrella out of detention before Christmas. Give her the opportunity to fight her asylum case from a safe and loving place.

I will match every donation up to $100. Please let me know if you have questions or are interested in getting involved. 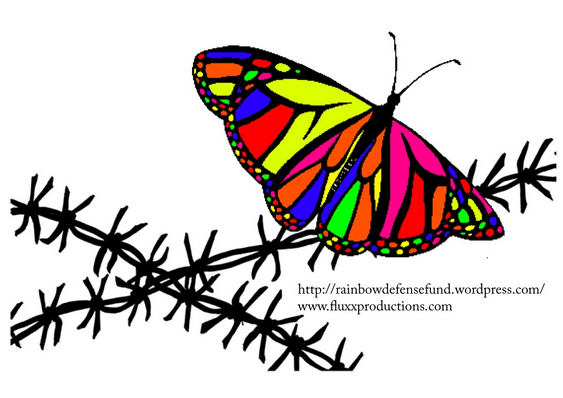